Grit classifier are used for the separation of solids from water and consisting of a funnel-shaped separation tank with a screw conveyor.

Application areas range from municipal sewage plant to separation of sediment and heavy materials in production and process waste water in the chemical, food, paper and waste disposal industries.

Function
Inflow of the grit/water mixture can be either under pressure or via gravity line. The tangential feed induces a rotary movement in the water which causes the heavier substances such as sand to sink to the apex of the funnel, where they are removed and dewatered via the screw conveyor. The grit is thus rendered substantially free of organic matter. The grit separator effects a continual separation of the grit from the waste water flow while reducing the organic portion of the solids and dewatering the grit. 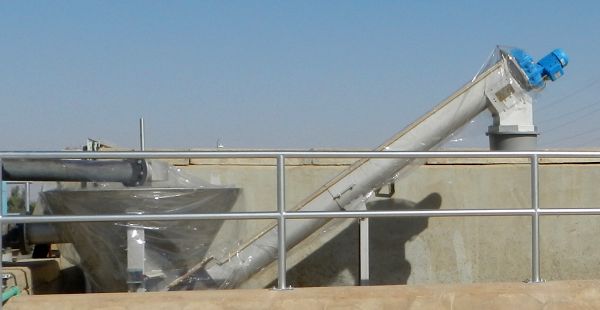